“Every gamer has felt it at some point in their playing career. After a double digit hour session of console or PC gaming: dry eyes, they ache, you can’t focus properly, they might even be watering. It sucks but its a price to pay for just one more game.

Apparently though, that’s not completely necessary. Gunnar Optiks have been making gaming grade computer glasses for a long time now and they’ve recently teamed up with Steelseries to produce some new branded pairs of the specs. Utilising a yellow tint, minor magnification and other lens features to make it easier on your eyes, the idea is to allow you to game and work for longer with less strain on those important eye balls.

Let’s see if they live up to the hype.” 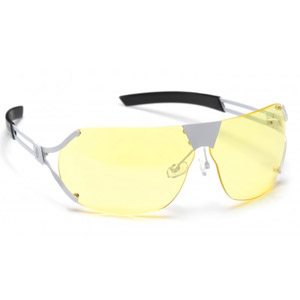